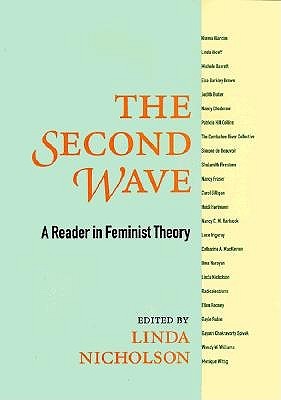 Below is an excerpt from p.3 of the introduction to The Second Wave: A Reader In Feminist Theory, edited by Linda Nicholson. Note the promotion of differences between men and women, referred to as ‘difference feminism’ or ‘gynocentric feminism.’

In the late 1960s and early 1970s two contradictory beliefs existed as part of the general culture: that the differences between women and men were deep and rooted in nature and, secondly, that women and men were basically the same. Second wave feminists initially drew heavily on this latter belief to press for changes in the status quo. While many, particularly “liberal” feminists, continued in this direction, those feminists who saw their politics as more radical began to focus on the differences between women and men. This focus can in part be explained by the political limitations radical and socialist feminists saw as associated with a “women and men are the same” perspective.

Such a politics seemed to consist in pushing society towards accepting women in the same positions as men in an otherwise unaltered social world. But as one of the popular slogans of the period claimed: “Women who strive to be equal to men lack ambition.” For radical and socialist feminists, a politics that merely strove toward placing women where men had previously been also lacked ambition. If one were to build a politics which radically altered the status quo, one needed to focus on the deep ways society differentiated the life activities and psyches of women and men. What began to emerge can be described as a “difference” feminism; because it often elaborated the meaning of differences between women and men in terms of the unique situation and characteristics of women, it has also been labelled a “gynocentric” feminism.

This new focus on the differences between women and men was elaborated, however, in a variety of ways. In my selections I have identified three distinct orientations within this general turn. One way of moving away from a “women and men are fundamentally the same” perspective was to stress the depths of women’s oppression. A focus on oppression led toward a view of women as victims, and to the move toward separatism found in large sections of the radical feminist community during the 1970s. The essay “The Woman Identified Woman” and the chapter from MacKinnon reflect this first elaboration of difference.

A second type of gynocentrism tended toward describing the differences between women and men in more neutral terms, emphasizing both their positive and negative consequences on women’s lives. The Chodorow and Gilligan essays reflect this second type of orientation. A third type, represented here in the essays by Hartsock and Collins, focused on the ways in which the distinctive positions of women—for Hartsock, women in general and for Collins, African American women in particular—provide a unique and positive standpoint for understanding society and for developing a liberatory vision.

“Difference” or “gynocentric” feminism produced an enormous amount of highly creative work. The writings of such theorists as MacKinnon, Chodorow, and Gilligan led to “aha” experiences for large numbers of people. Suddenly, patterns that many had sensed “through a glass darkly” were laid out in clear and convincing texts.